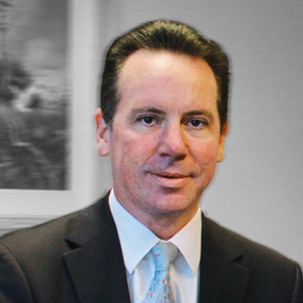 PRACTICE FOCUS
Paul B. Feltman is an experienced appellate practitioner. He represents clients in a variety of civil trial litigation matters at both the state and federal levels.

Mr. Feltman has appeared before the Florida Supreme Court, several of the Florida District Courts of Appeal, the Eleventh Circuit Court of Appeals, and the Fifth Circuit Court of Appeals. Mr. Feltman handles a wide variety of appellate matters, including insurance coverage, maritime, commercial, administrative and personal injury cases.
As part of his appellate practice, Mr. Feltman provides briefing and other strategic support to the firm’s trial-level litigators as well as other law firms. He has also handled various complex commercial litigation matters at the trial level himself, such as contract and business tort cases.

PROFESSIONAL BACKGROUND
Mr. Feltman is a native of Miami. He graduated from Florida State University with a B.S. in Finance. After graduation he worked as a branch manager for Barnett Bank of South Florida. He attended University of Miami Law School where he served as Associate Editor for the Inter-American Law Review, which focuses solely on legal issues that affect Latin America and the Caribbean.
After graduating Cum Laude from University of Miami, Mr. Feltman worked primarily on commercial litigation. Thereafter, he moved to Austin, Texas and represented the State of Texas as an Assistant Attorney General before the Fifth Circuit Court of Appeals and in the United States District Courts of Texas. He returned to Miami, Florida and has focused his practice on appellate matters and litigation support in various practice areas.

Contact Us for an initial consultation at no cost to you!